Remotely play over Bluetooth, a-pipes can do that, but a PC+Bluetooth is needed and some operations are needed for establishing the connection.

Its great, but could be better.

There are also some limitations due to Bluetooth itself :

The a-Box is an alternate solution that fixes all this limitations. It is a little box, 50 mm x 20 mm x 20 mm, powered through its mini USB plug. It includes a UHF low power radio, a sound card with a jack 3.5 audio output and an optional MIDI output.

Once the a-Box plugged to a speaker, an amplifier or a headphone, it will playback all notes coming from the a-pipes, including vibrati, glissendi and metronome.

Connection to a-pipes is automatic and instantaneous.

Latency time is close to 1 millisecond and not noticable.

Wide range (more than 17 meters without obstacles) and reliable connection.

When MIDI adapter is plugged in (a special optional wire), the a-Box doesn't play anymore on jack output, but sends notes on its MIDI output.

Then a-pipes can be wirelessly be used through a synth or a software synth such as "Universal Piper" or "Studio piper / ePipes".

The a-pipes should previously be upgraded with the same radio device, whose electric drawn is extremly low ; a-pipes playing duration is not reduced.

When ordering an a-Box, the a-pipes device would be sent back for radio updrade. Bluetooth keeps operational after that.

The a-Box is available since january of 2017. 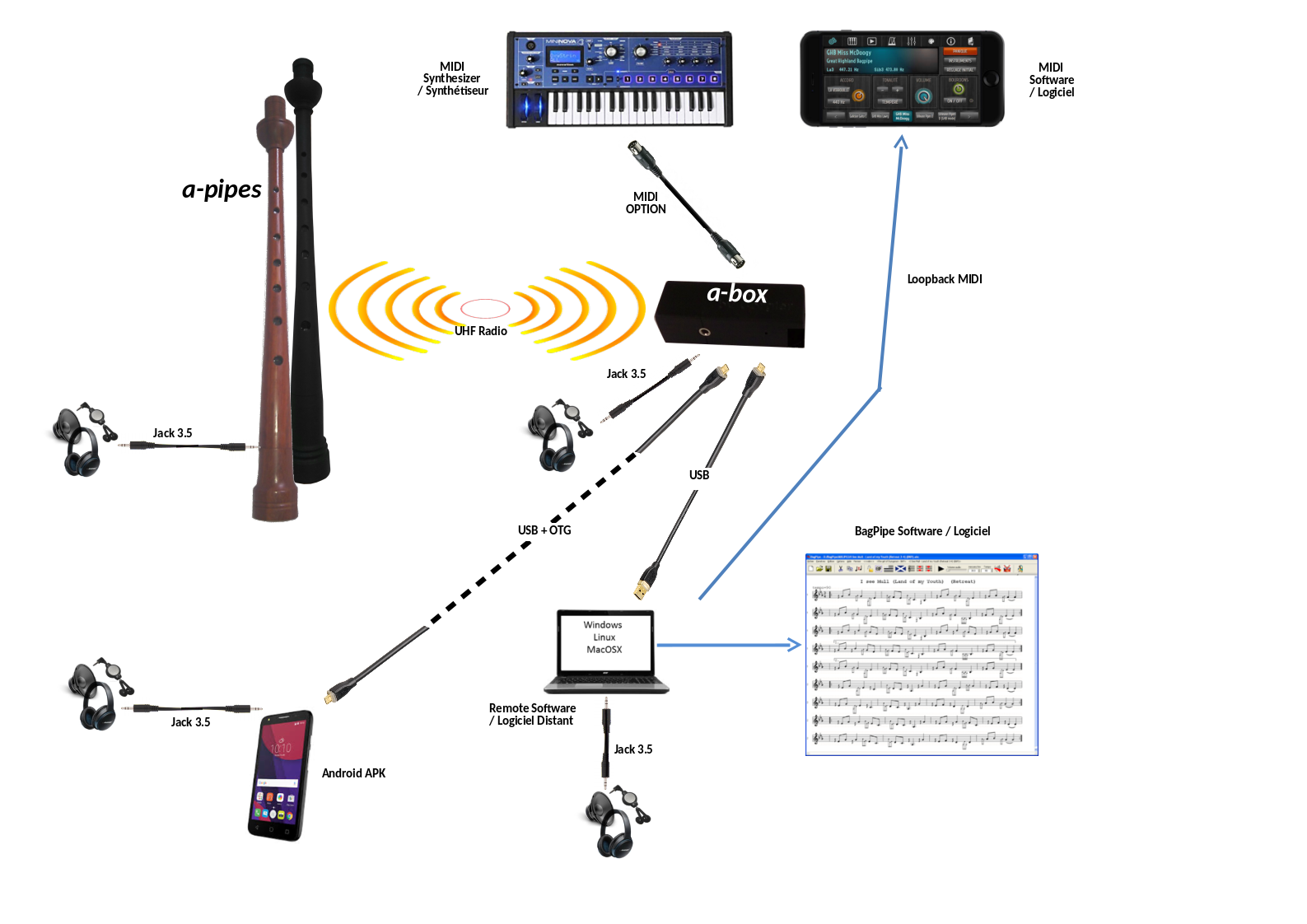