Experiments during autumn of 2015 have led the project to evolve.

The concept of the electronic circuit slipped inside a real chanter has been abandoned, for different reasons :

By an other hand, it is quit easy to build a non functional chanter clone.

Because bluetooth battery drawing is important, it is enabled on user's demand and for a duration of one minute only ; if no connexion occures during this period, bluetooth is powered down, else it remains enabled while a-pipes is connected to the remote control software.

Without bluetooth, electrical consumption is 78mA under 1.3V (one single AAA battery) while playing at 80% volume.

Given a 1800 mA battery theorically allows playing during 33 hours, but a-pipes could stop before when voltage decreases. To be measured.

Here are some pictures of prototype a-pipes and remote software. 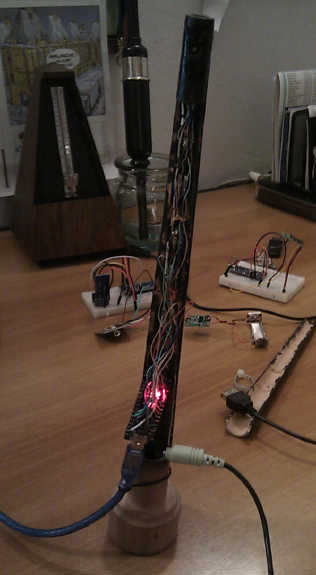 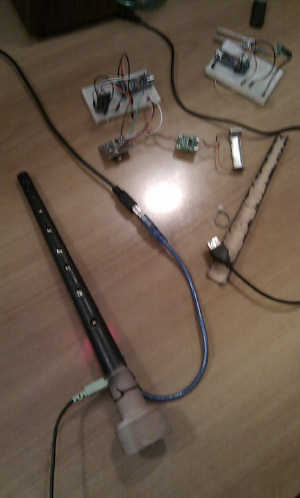 First prototype on 2015, december is based on a man made engraved electronic circuit 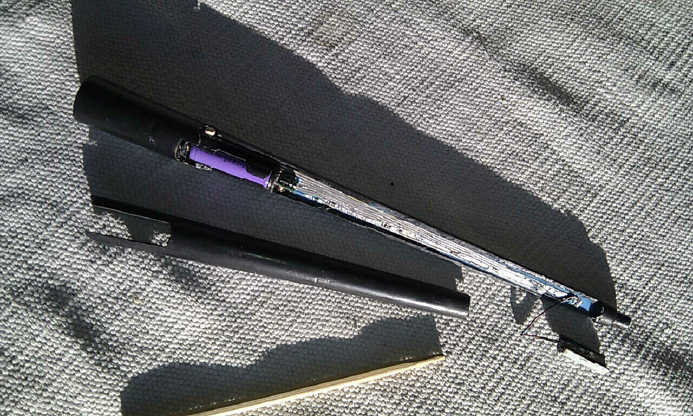 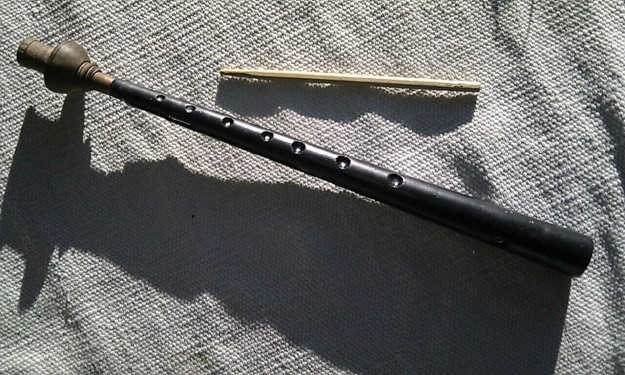 Second prototype came one week after ; it was made of rosewood and is based on a manufactured circuit 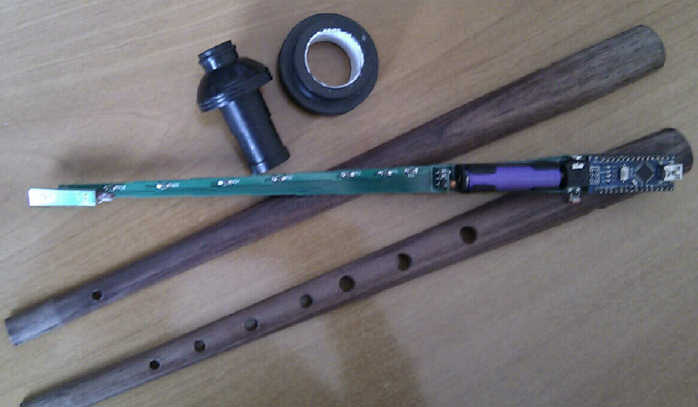